Subproject B01 investigates the consequences of multiple actors seeing themselves as legitimately responsible for offering security instead of when security problems are delegated to a central authority. Therefore, pre-modern forms or political systems of collective security concern the research of historical security policy. An example of this is the case of “public peace” (Landfrieden), as it was a specific form of public security in the absence of a monopoly on violence. By emphasizing federal elements for the maintenance of peace in the Holy Roman Empire, the subproject also demonstrates the existence of historical options to create the perception of security, other than state monopolies on violence. The final phase of the CRC deals with ‘public peace’ by looking at it through two different approaches. On the one hand, ‘public peace’ can be approached from a judicial point of view, since the supreme imperial courts (Reichsgerichte) and their jurisprudence were the ones who defined an action as a breach of ‘public peace’ and decided what consequences this breach entailed. Here the focus is on the question which heuristics the jurists used to classify certain cases as ‘breaches of the peace’ and which situations they were able to define as security-relevant in this way (e.g. religious conflicts). On the other hand, the importance of the factor of “violence” shall be addressed. In the second half of the 16th century specific forms of mobilizing and arming subjects appeared in many territories of the Holy Roman Empire, known as Landesdefensionen (territorial militias), which explicitly referenced the maintenance of public peace. At this level, the project also addresses the relationship between maintenance of public peace and concepts of collective security. 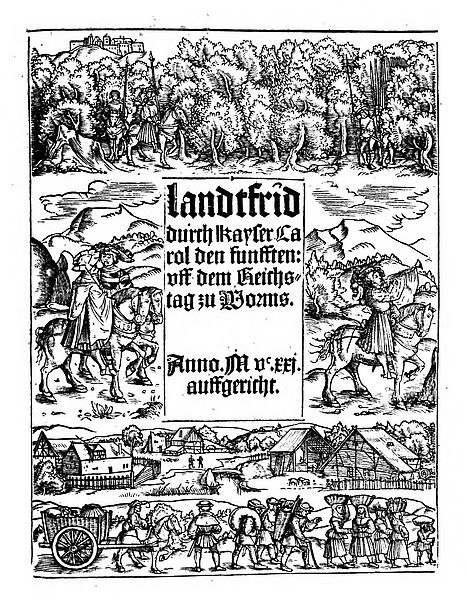